“Is not the Messiah’s coming made dependent on the efforts of man?” Edmund Fleg, The Land In Which God Dwells, 1955

“In Hebrew, the word Olam stands both for time and the world, and by “the other world” is meant the world which is to be.” Ibid.

The surrealism of today is added to by a Zionist movement that presents itself as a secular project but then claims a divine right to the land; that sees itself as doing the work of the Messiah but is in fact rebelling against the true Messiah.

The world would be a better place if more people identified with their Creator.

Surrealism — the art movement — with its beginnings in 1920s Europe, is now the engine driving mainstream American society.

Today in the US, we see children’s book writer, Dr. Seuss, a champion for “I AM I,” being canceled by those who echo Shakespeare’s Iago: “I am not what I am.”

Not unlike NYC’s Vision Zero program — and the slaughter of pedestrians, due to motorist rage over Di Blasio’s anti-vehicle policies.

Year of the Ox

The culture war in the US is nothing less than a genocide, informed by Marx and Freud. The unrepressed ‘change’ agents are destroying society and themselves, claiming ‘justice.’

Real unity is built on truth and charity (love).

President Biden’s remarks, while calling for unity, seemed to double down on the country’s self-defeating Covid response, its malevolent ‘racial justice’ movement, pernicious media, and sham election processes. Which taken together have shredded the nation and many of her people — with mental health (identity) issues continuing to dominate the narrative and fueling unrest.

“If you think I came to tell you to hate white people you have the wrong man. Our goal is not to defeat or humiliate the white man, but to win his friendship and love.” Martin Luther King

King’s approach to racial justice was rooted in Christian solidarity and love of one’s neighbor. Today’s racial justice activists have replaced “brotherhood” with a forced diversity, inclusion, and equity D.I.E (domination) — Marxist negative thinking — that has left a trail of new slavery, hatred and division. The very foolishness that King warned about.

For ‘self-rule’ to be viable, a lot of mature people need to use their freedom well for the common good. So, with today’s dominant forces (in society) driving people to be infantile, activist, self(ie)-seekers, everyone’s existence, and that of society, is imperiled.

The Year of the Steal (society stolen by Covid response, ‘racial justice’ movement, and sham election) demanded a coherent response by American citizens. But, alas, the infantilism and disintegration wrought by American education and culture has left Americans incapable of mounting a serious defense of their own society, and instead has made them protagonists in its further decline.

After a year besotted with bad news, and confused identities, humanity can reset by uniting and identifying with the good news of Christmas. “He sacrificed himself for us in order to set us free from all wickedness and to purify a people so that it could be his very own and would have no ambition except to do good.” Titus 2:14

As the exterminating angels ravage the American scene, the year 2020 will be recalled for the widespread slaughter of society and persons — wrought by its dominating forces.

In a world where people often act as though God doesn’t exist and truth doesn’t matter, it’s reassuring to discover His presence — holding onto His creation — still in the picture.

As per CDC guidelines.

“Man will occupy himself with re-registering mountains and rivers, and will earnestly and repeatedly make improvements in nature. In the end, he will have rebuilt the earth, if not in his own image, at least according to his own taste. We have not the slightest fear that this taste will be bad…” Leon Trotsky, 1923

In a special way we salute the election officials, poll workers, and programmers who have come forward with their sworn stories of voting fraud. The loss of the willingness and ability of government officials to conduct a correct election, leaves the US experiment in democracy all but over.

Far from affirming democracy (Harris), this election may be remembered for having broken democracy.

On a night when he called for an end to “demonization,” Biden (and Harris) said America was “systemically racist.”

What a sham(e). With pathological polling, malevolent reporting and harvested-glitch voting, how can democracy be said to be alive in the USA?

In the make-believe world of this political cycle, with systemic fraud the norm, one kernel of truth offers hope for America’s future — the diverse and sincere 70+ million people who voted for Trump.

Black and Hispanic Americans are saying “I Can’t Breath,” to the anti-patriarchy pollution coming from the Left.

A mask does little for those who are immunocompromised (and can in fact kill them), but a lot to advance personal ‘self-estrangement,’ and its Marxist antidote — (Aufhebung) “abolition” of man/society. For progressives, attacking the virus with the mask reinforces their attack on the person — which harkens to Marx’ “negation of the negation.”

“Passion is the essential force of man energetically bent on its object.” Karl Marx, 1844

The underlying Marxism in progressive politics, has moved people to attempt a re-imagining of nature — with the true “self” reduced to, and obliterated by, data and sex organs.

Trump gets a bad rap for his Covid response, which is particularly galling given that he was mostly correct in his attempt to deal holistically with the crisis, keeping in mind the bigger picture — and the needs of society overall — not just isolating on one aspect. The calls to “stay home” and “shut it down” probably led to more deaths than anything Trump did or failed to do. Also, if more sick people had been allowed to take hydroxychloroquine early on (as Trump had advocated), the US death rate might be far less. This reporter’s family doctor (and entire office) came down with Covid in March. They all took hydroxy and each recovered. One spent time on a ventilator, but credits early hydroxychloroquine for her ultimate and complete recovery.

“Indeed the greatest benefactor of humanity, ‘has become a figure of fun and satire.’ The man, whose memory people have revered for centuries, is lately branded by abusers of the right of free speech as ‘the Fraud of the Ages’! And what is still worse, the publication and circulation in our country of such libellous stories is apt to cause revolt in the untrained minds of our children…”

An elderly woman walking in Jackson Heights, on Monday, was aided into an ambulance after fainting twice while shopping. At first, it was thought the seemingly healthy woman was having a stroke. But after a bystander took off her mask, she came to and said she was fine. The consensus among those helping her, was that she had fainted from a lack of oxygen — due to the mask she was wearing.

Could it be that inordinate ‘mask wearing’ is putting at-risk people, at greater risk? — hampering their immune system, making them more susceptible to illness.

The extreme (and arbitrary) thinking of leaders is making a just response to Covid hard to find, while increasing the suffering of people and undermining society.

Contempt, rather than respect — for ones neighbor — is dominating the American scene, as people degenerate and disintegrate.

If Trump has been irresponsible, it’s not for not wearing a mask (which in fact “does not eliminate the risk of contracting any disease or infection” and can indeed create new problems for healthy people). But rather in not checking his egoism.

A Covid avoidance strategy should be based on pure (balanced) living, not extremism.

Society needs for Trump to be a good and healthy man — to best represent it’s interests, which the Left seems intent on destroying. But alas, democracies tend to make their citizens into children, rather than truly free men and women.

The virtual opening of the 75th General Assembly, laments/cheers the breakup of the world’s ‘bedrock of freedom.’ — with the disintegrated family of nations moving to align with China.

There is greater evidence to support the view that more healthy people will be harmed by excessive mask wearing (with CO2 emissions), than protected by it. 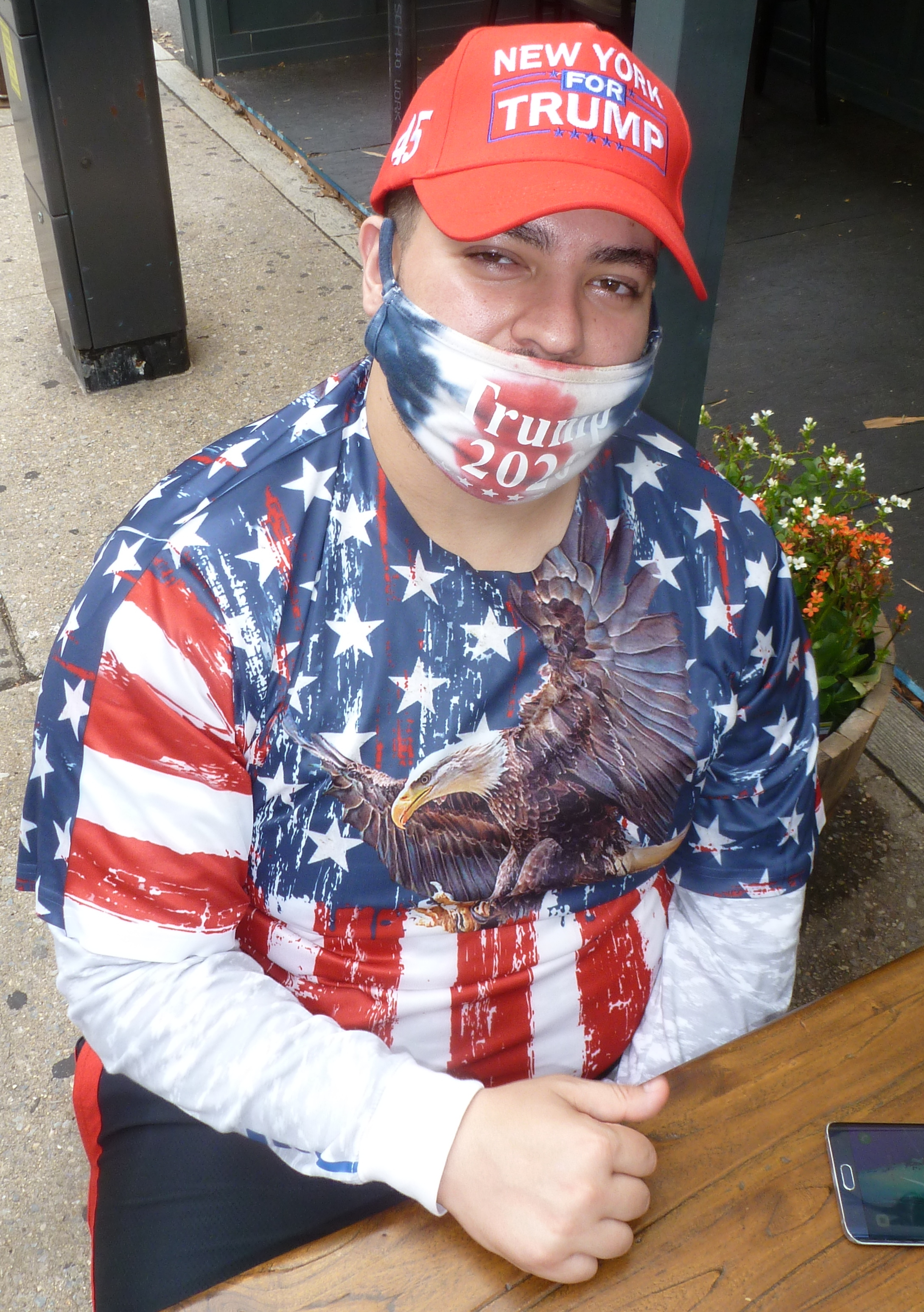 Black, Spanish, and Muslim men will have had a decisive impact — if Trump is re-elected.

Say No To Marxist Thought

Teaching Marxism, as a religion, needs to be discontinued in American schools.

The greatness of black people in America has always been in proportion to their unity with the Holy Spirit. But today’s activists, guided by a materialist ideology — opposed to that Spirit — are being driven by a power that undermines the dignity and self-esteem they seek. 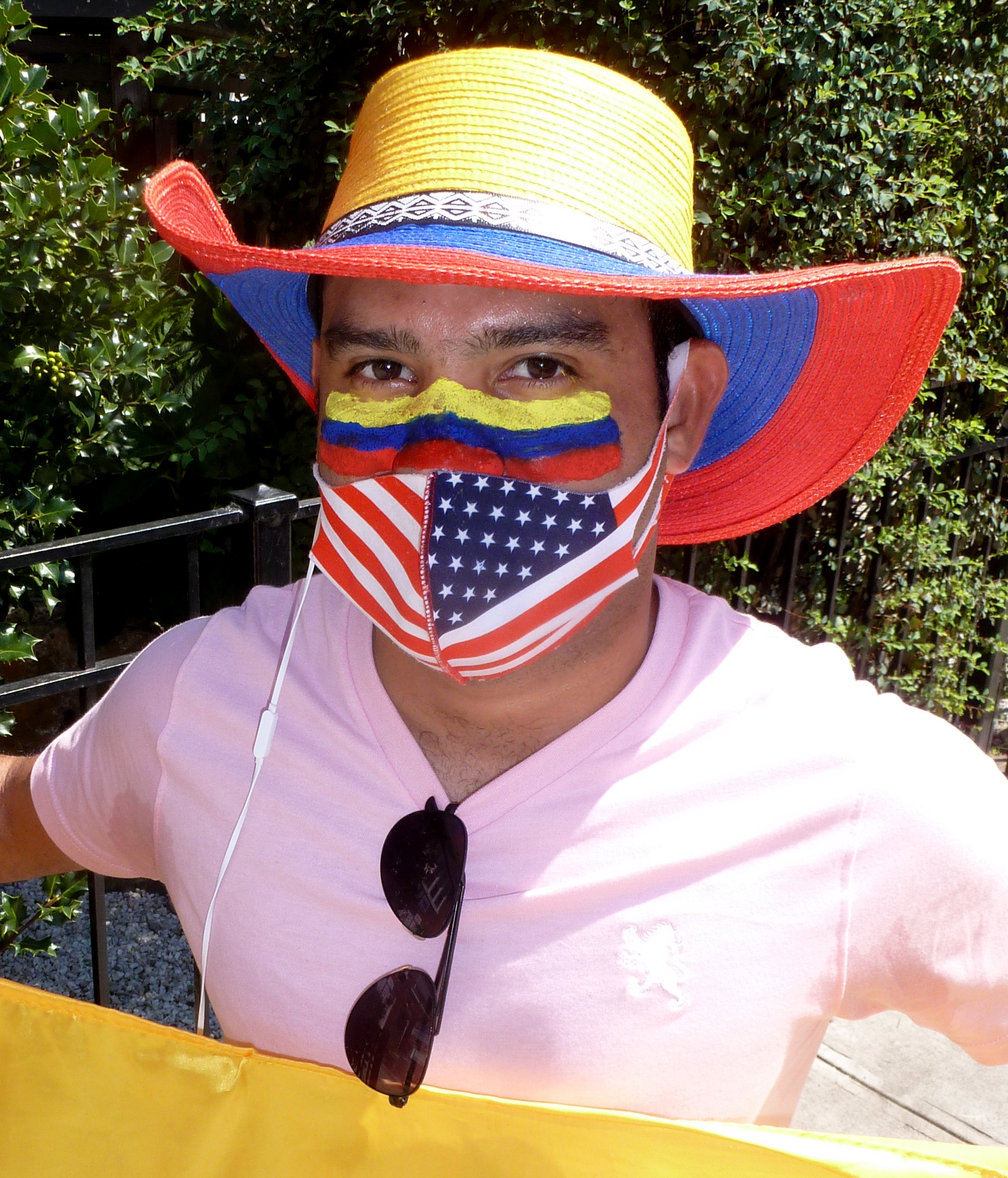