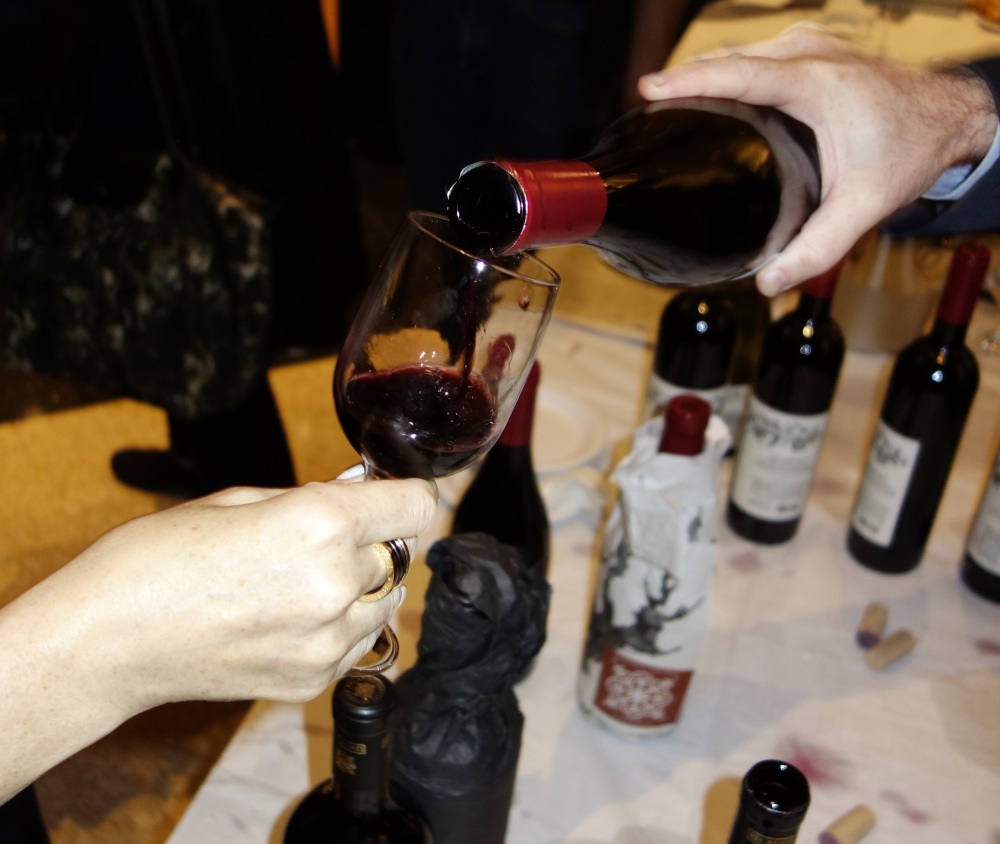 “…no one pours new wine into old wine skins…but new wine must be put into fresh skins, and both are saved,” Luke 5: 37-38

On the eve of former Israeli president Shimon Peres’s funeral, Temple Emanu-el in NYC held a wine symposium showcasing the leading wines from the Modern State of Israel. The presentation included a talk by Israeli wine ambassador Adam Montefiore and a tasting of some 100 wines. Mr. Peres, an advocate of a the so-called New Middle East, was a strong backer of the Israeli wine industry, and a long time opponent of a two-state solution. (“It was precisely in order to sabotage the option of a territorial compromise with the Palestinians that Mr. Peres lent his support to the settlers movement.” Shlomo Ben-Ami, 2006)

In his remarks, Mr. Montefiore connected wine to the rituals and history of the Jewish people’s biblical past, describing Israeli wine today as coming from a “new world country in an ancient world.”

By clinging to a tradition and Messianism (apart from the true Messiah) Jews of the Modern State of Israel have perpetrated a fraud, undermining themselves and countless others — in effect as old wine skins trying to be new. To be truly ambassadors of the “New” starts with recognizing the Savior who fulfilled and renewed the everlasting Covenant (with wine representing His blood), erecting the Church as the true Israel — People of God. “A new commandment I give you, that you love one another: that as I have loved you, you also love one another.” John 13:34

With 5000 years of winemaking history, numerous microclimates and distinctive terroir, ancient varietals, consultants and monks, the table is being set for serious winemaking going forward from the region. Would that all the neighbors were invited.