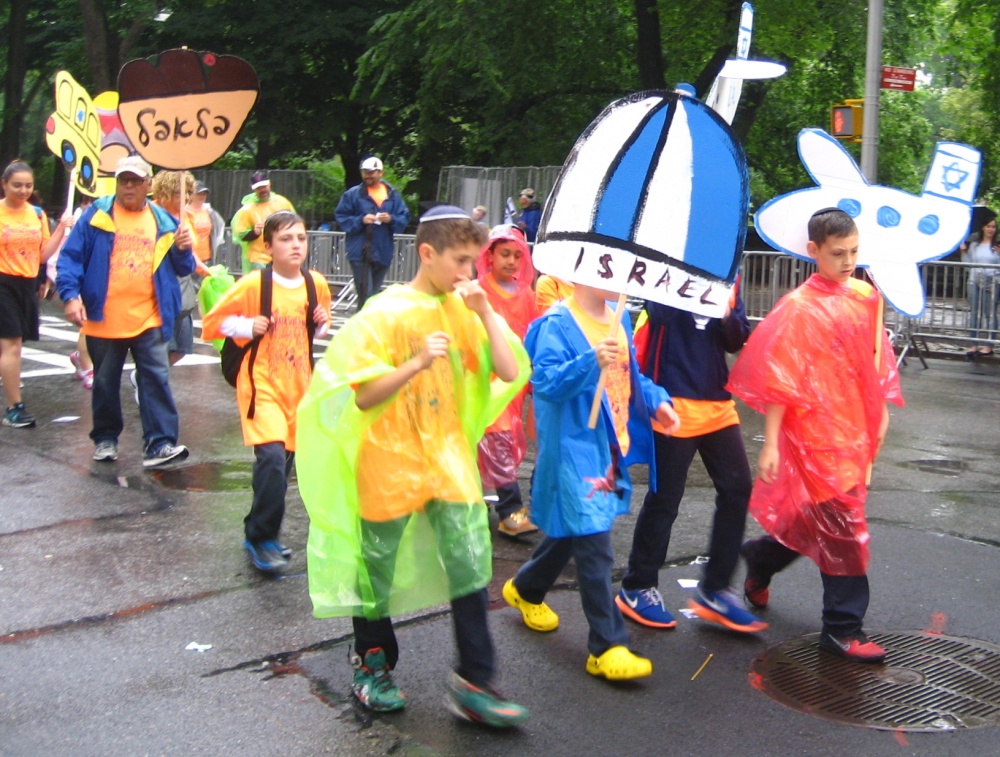 The ‘Celebrate Israel Parade’ soldiered-on in the rain today on Fifth Avenue.

The modern state of Israel continues to undermine peace and stability in the Middle East, as well as the hearts and minds of Jews everywhere — with an unending stream of American politicians eager to support this “disgraceful page” in Jewish history.

In 1939, Martin Buber, commenting after a wave of Jewish terrorism directed at British and Arab interests, described Zionist thinking as “the foulest and most fraudulent deception of all: that it is possible to achieve redemption through sin … If the people justifies the murder, identifies with the perpetrators, and thus accepts responsibility for the sin as its own, we will bequeath to our children not a free and pure land but a thieves’ den to live in and raise their children in.”