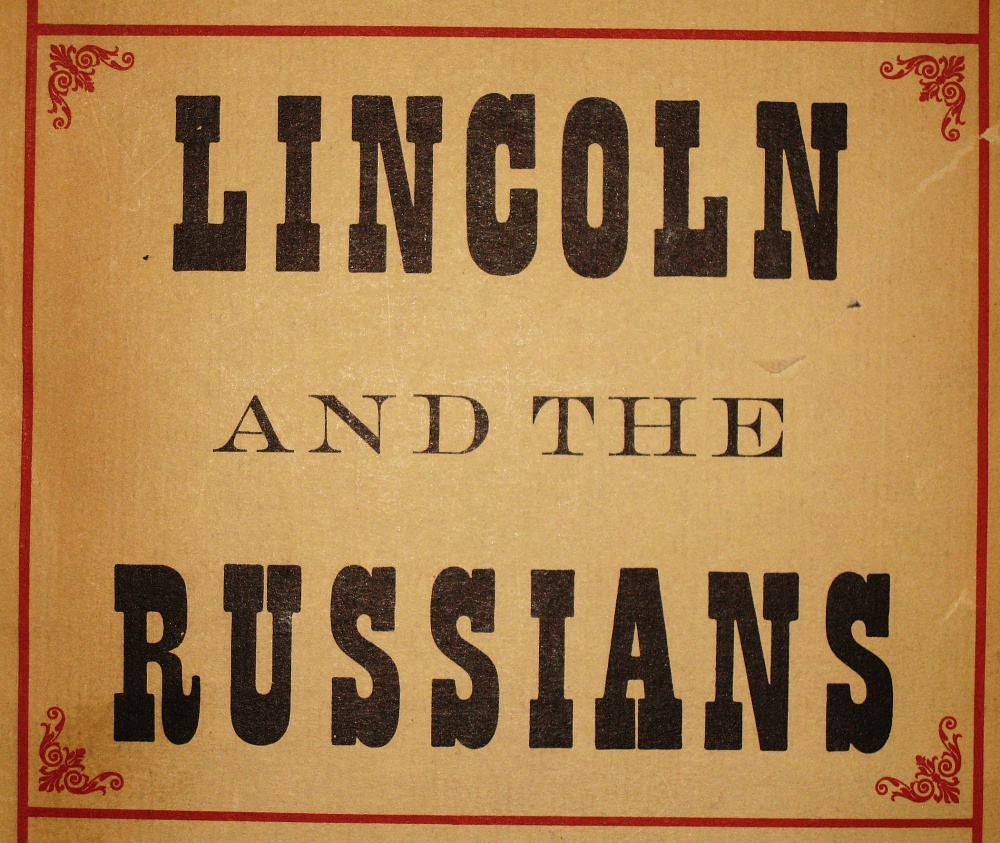 On this President’s Day in the US, as President Obama threatens to arm the gangster leaders of Ukraine (that he installed), and further divide Ukraine and Russia, its worth recalling that Russia under Czar Alexander II “contributed materially toward preventing British and French recognition of and aid to the Confederacy,” thereby enabling the preservation of the Union and nation under Lincoln. Albert A. Woldman, Lincoln and the Russians (World Publishing, 1952)